The truth is I was never born to be great neither that I could ever achieve greatness, I tried but failed miserably. Now the only way I could be great is by thrusting it upon myself, going almost insane caring not what happens to the world, even if it makes me a fragile narcissist. I will keep on going towards the path of greatness. And that for me is to keep on Writing.

History tell us about some people with extra-ordinary capabilities, who were born to be great. As we move along from the whole antiquity of great people to this modern era. What I find out is quite the opposite and astonishing!

Because there are a certain class of people who thrust greatness upon them. They are truly a rare breed, self-made men but they make themselves. To name them would take me more than a blog. I will enlist a few to illustrate my point.

Here are some people who truly influence me, they are an inspiration. these are truly the great men who makes a difference in the world. None of them was born great or achieve greatness easily, some of them even struggle to survive and fits in the Shakespearean statement of those men who thrust greatness upon them. 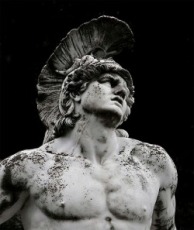 Achilles I must say were driven by a mighty force, their bravery was the sign of greatness, being fierce in battles and winning even if it meant death they were always ready to do so.

Al-hazen was a great 10 century Arab Muslim scientist, who invented the scientific method and wrote about 200 books. his biography shows at one incident in his life time he had to pretend to be an insane to save his life from a mad governor and was confined which became his gateway for researches on light and later invented the pin-hole camera.

Isaac Newton a genius. This person is the reason I have a keen interest in psychics till to this day since I discovered him, he always resented against the tyranny of British royal academy. His Principia Mathematica revolutionize the world. His struggle and ideas shows the enigma of extra-ordinary people.

The Vikings  were the only men in history living in harsh winters and were responsible for changing Anglo-Saxons to Anglo-Norman. That is how they thrust greatness upon themselves though the spirit of adventure 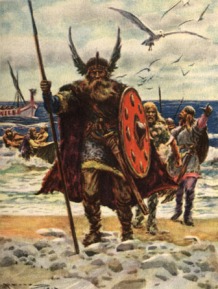 Nietzsche’s most remarkable work: thus spoke Zarathustra’s present superman concept of self overcoming. his life was a mediocre one but his imaginary self was of great importance for next generations to discover their passions. Uberminch is the person truly a genius here to make a difference.

Stephen Hawking suffered through a terrible disease which paralyzed him and life expectancy was only two years but he lived and through his greatness amazed the world, his singularity theory and explanation of time, black holes, he even published a paper ten days before his death. That is how you thrust greatness upon yourself.

Alon Musk is a visionary, who thinks Mars should be colonized by humans, his space x launches a biggest rocket to space. He was always bullied in school, his parenting was tormenting but he struggle and became a great men today.

Mark Zuckerberg the world knows him, it all started with a stupid idea of socializing the personal profile in Harvard campus as kind of a fun dating site. now he is one of the richest person and who don’t know what Facebook is right!

Who are those one could say are born great?

The born leaders are the only people who end up with a fortune of millions in their heritage, or who belongs to a Monarchy or it ended up to the mythological gods or the prophets. Not the ordinary human being.

Who are those who achieve greatness?

But those who achieve greatness are those who simply put their head under a single yoke and did achieve what they want but lack the power to influence others, the so-called interdependence. The Win/Win philosophy.

It takes all, even to die for your passion.  To Those who thrust greatness upon themselves.

My life is a hustle! here and there rushing and trying to accomplish more in a little time by little effort here it is what I learn.

First purity my passion of beaming a Writer?

Some days I couldn’t write a single word and somedays there are words, empty words. Inspiration often comes rarely. but you have to write anyway. I sit alone having a laptop on my lap jotting down words avoiding spoilers each day.

I dedicated all my energy to this single passion of mine and the result was devastating. another publisher rejected my stories?

I lost a writing contest. not caring about my studies or even exams for meeting the deadline to finish my story.

and I asked myself was it worth it?

The only valuable thing is time, nothing else matters so much  and not to the world but to me cause I spend most of my time writing that is what keeps me alive.

I’m not a great writer obviously! but I’m hoping to make my writing great by improvising.

Failing is a blessing in disguise, Shakespeare statement had taught to me of his great vision of a great men, the legend of English literature inspires me to keep on trying the day is not for away when one will get eventually he so passionately wants.

thus I have written to encourage all the struggling writers like me to not give up but keep on writing you will get published too, that’s the only way of becoming great by force, not giving up. it’s a war there a lot of better writers out there.

And you are a writer to me and to yourself simply because private victory leads to public victory. 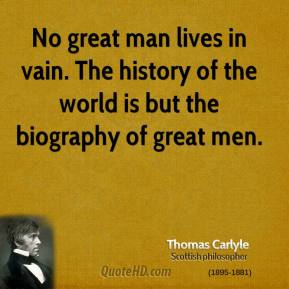