What is man? An animal no different then the mammals with the same instincts of self preservation for food, a female and repose. The savages are devoid of any enlightenment and only cares about his physical instincts and only evils for him would be pain and hunger. I sometimes Observe what reaction red Indians of America would have on seeing the first Spaniard well clothed equipped with guns. First this question arises in my junior high school in history class. What makes Native Americans not to progress or improve? Why such civilizations failed to overcome themselves?

The answer could be found in this human development of mind which Hegel mentions in his phenomenally of spirit book that the human mind and its power of reasoning which we label as the soul is nothing but the power of decision making.

Rationalizing that ones body is his own property that man must let go all that he has learn so far and he needs no god but only rational principles in short, a god beyond ancient god and new morals. The old ethics has failed mankind but Man indeed is a success in disguise.

The Faculty of Self Improvement in Man vs Beast!

The free will and the ability to choose unlike wild beasts who are subject to nature’s will but man was not to be subjugated to anyone’s will because he was and always will be a free agent rooming around the universe making unfavorable outcomes to his advantage.

When a beast is domesticated resulting in loss of all its strength and natural instincts in idle company of modern men. That beast will revolt As Jack London portrayed in his novel “call of the wild”.

Soon it calls for it’s primitive nature and either became a ferocious beast and seeks his freedom as happens in  “White Fang”  another story by Jack London.

Einstein felt the same primitive instinct for his own faculty of helping humanity building the atom bomb, he knew his grand mistake and I can tell by studying his note books that he wished so many times that his existence must be ceased to exist for this great error he inflicted on mankind. Man proves himself at the end by making weapons for his own destruction that humans are in its complete sense worst than the animals.

Broke political economies and the corrupt systems all over the world and this Covid-19 and the thoughts of the homeless people sleeping on roads at any corner of the street curse humans and not many times they seek to go back to “Garden of Eden” and start all over again from zero. To Build the society anew.

Those Native Americans were flourishing in strictest sense in natural freedom without the extravagant needs of a sophistication our society has developed nowadays in sheer vanity and what their extinction show us is to avoid our owns extinction not by some alien race but by our own selves. If we don’t take control of our own individual instincts instead of the borrowed ones from history then history will soon repeat itself in the extinction of whole of humanity. 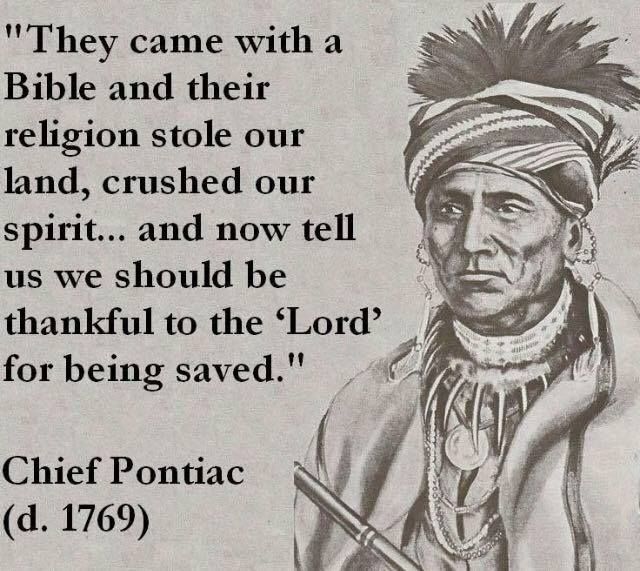