Ubermensch is a German word meaning “Overman or Superman. A vision of a human being with extraordinary abilities not as we see in Marvel stories but in thinking and reasoning. “Superman” is a term significantly used by Friedrich Nietzsche, particularly in his book Thus Spoke Zarathustra (1883–85).

Reading the German philosopher gives me the superpower to think rationally, to accept the absurdity of life and the ability of man to reach towards his higher self.

“To make the individual uncomfortable, that is my task.” — Nietzsche 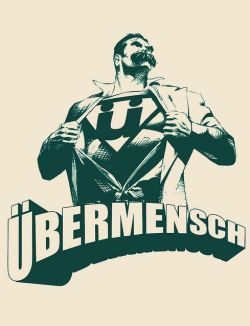 A higher order of beings

He taught me to obey one’s own moral code to create higher laws for oneself, to see life differently and rejecting the un-questioned moral values and metaphysical teachings of religion on grounds of scientific thought experimentation while being conscious of this meaningless life and searching for meaning even in suffering and to dwell passionately in one’s own long-lasting despair and misfortunes.

As the American philosopher Thoreau wrote in Walden:

Obedience to yet more sacred laws, and so have tested his resolution without going out of his way. It is not for man to put himself in such attitude to society, but to maintain himself in whatever attitude he finds himself through obedience to laws of his being. He will put some things behind, will pass an invisible boundary; new, universal, and more liberal laws will begin to establish themselves around and within him; or the old laws be expanded, and interpreted in his favour in more liberal sense, and he will live with the license of a higher order of beings.

How one can become the overman “ubermensch.’

Deconstruct your existing identity and create a new one.

No ethical rule or metaphysical doctrine, then, but only the life of philosophy matters to Nietzsche in the end. His whole ‘philosophy’ of will to power and eternal return aims to shake to the eye-teeth the self-evidence of a rationalistic, philosophic approach – and thus to make genuine, self-questioning love of wisdom

“The world is your Idea”

If you haven’t read the latter German philosopher Arthur Schopenhauer in his first book “The world as Idea” and his concept of will to power then must read below to captivate yourself with it.

“The world is my idea”- this is a truth which holds good for everything that lives and knows, though man alone can bring it into reflective and abstract consciousness. If he really does he has attained to philosophical wisdom.

Entertainment the thought without any religious bias

Allama Iqbal the Pakistani poet-philosopher was so inspired by his ideas that he tries to merge it into Islamic belief so-called the concept of “Khudi” meaning “self-ego” came from the very idea of Overman.

Accept the absurdity of life

Overman is someone who has got the feeling of unity of creation and destruction, good and bad taste of life and is able to say that life is good even it may seem terrible and questionable. He views all the past actions, silly or wise, accidental or achieving, as the necessity of becoming himself. Therefore he can redeem himself and thus be willing to repeat the same life again. Some may even say that it was and thus I willed it even though he knows well that one cannot will backward and there are many other limitations in life

What if death is not an escape? What if you are sentenced to life, not death? To this life in particular. The only one you know. 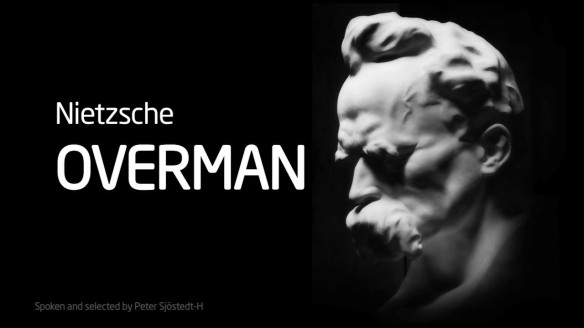 Why I study philosophy

I want the best of my youth hearken to nature, to tear off those robes and cast them aside, to enjoy the sweet pleasures of philosophy naked and in the flesh – not as a rape, but with philosophic eros as a most willing partner.

What is the theory of eternal reoccurrence?

The universe and all existence and energy has been recurring and will continue to recur, in a self-similar form an infinite number of times across infinite time or space. The theory is found in Indian philosophy and in ancient Egypt and was subsequently taken up by the Pythagoreans and Stoics. With the decline of antiquity and the spread of Christianity, the theory fell into disuse in the Western world, with the exception of Friedrich Nietzsche, who connected the thought to many of his other concepts, including amor fati.

Eternal return is based on the philosophy of pre-determinism in that people are predestined to continue repeating the same events over and over again.

The Eternal Return in the words of Nietzsche:

“What, if some day or night a demon were to steal after you into your loneliest loneliness and say to you: ‘This life as you now live it and have lived it, you will have to live once more and innumerable times more; and there will be nothing new in it, but every pain and every joy and every thought and sigh and everything unutterably small or great in your life will have to return to you, all in the same succession and sequence—even this spider and this moonlight between the trees, and even this moment and I myself. The eternal hourglass of existence is turned upside down again and again, and you with it, speck of dust!’”

He responded later as:

“Would you not throw yourself down and gnash your teeth and curse the demon who spoke thus? Or have you once experienced a tremendous moment when you would have answered him: ‘You are a god and never have I heard anything more divine.’ If this thought gained possession of you, it would change you as you are or perhaps crush you.”

At the end a little advice from the Greek philosopher:

It’s a very ancient concept and yet its a proved thought experiment.  Live the life without fear and prejudice and enjoy philosophy.